The Apple TV Remote has been fixed…in iOS 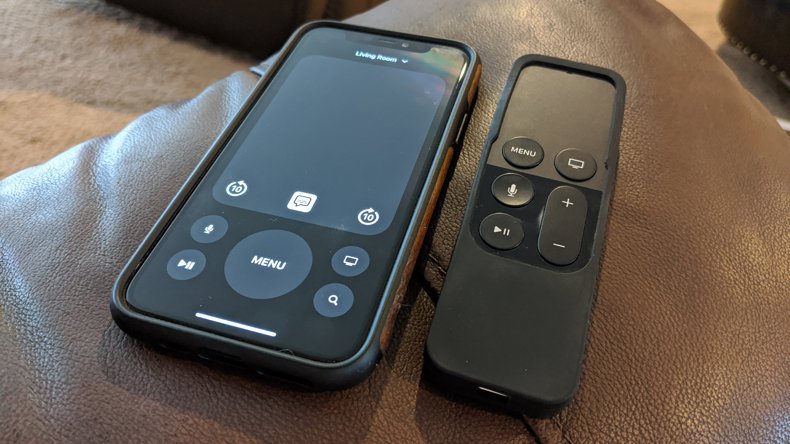 The fourth-generation Apple TV Remote might be one of the most divisive products in the company’s history. It was first released in 2015 with many new features including Siri, Bluetooth, and a glass trackpad. In 2017, alongside the Apple TV 4K, it was slightly updated with a raised border around the menu button and additional motion input. It has a lot of potential, and I have solved a few of the problems, but I think there are two things that would “fix” it. Apple has solved these problems in iOS but not the physical remote.

When I ditched my cable subscription for YouTube TV over a year ago, I moved to the Apple TV. Over the years, I have also tried other streaming devices like Google Chromecast, Amazon FireStick, and a few of Roku’s products. While quite a bit pricier than the other devices, Apple TV is fast and has a great interface. It’s especially useful as I am deep into the Apple ecosystem.

But back to the remote. Here are a few of the frustrations I experience and I know I’m not alone:

Since I’ve been using the Apple TV for all television viewing, I’ve tried several things to improve my remote woes.

Back on Episode 177 of the podcast, I made this remote my pick of the week. It’s less than $10 and allowed me to control both my ancient TV and Apple TV. But, there were some downsides. No Bluetooth meant requiring line of sight to the Apple TV and it didn’t have Siri. With my new fancy TCL 4K TV, I can turn the TV off and on with the Apple remote, thanks to HDMI CEC control.

In Episode 213, listener Dillon called in with his pick: this cheap rubber case for the remote. It helps with the grip issue and also with the right-side up issue. Looking back, I should have ordered a different color because it’s all black. This case has been a game-changer though.

Also mentioned in Episode 213, Swiss cable company Salt released their own remote to work with Apple TV earlier this year. Another company, Function, released something similar. But, like the universal remote, it offers no Bluetooth or Siri. 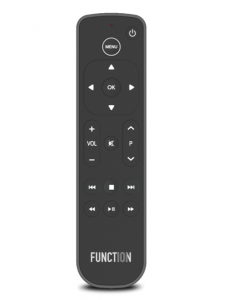 So, where do we go from here? Well, I think I already know. As I mentioned in the first paragraph, I think iOS has fixed my largest issue: skipping forward and backward during playback (mostly used to skip commercials when watching recorded TV). The iOS version has a couple of extra buttons including 10-second skip/rewind. It also has a dedicated search button, closed captioning button, and a much larger trackpad. The phone is quite a bit larger than the remote, but I could use my iPhone as a remote all the time. But, let’s be honest, what I’m watching on TV doesn’t have all my attention and I want to play Candy Crush Saga on my phone.

I see the advantages of the trackpad, if they could find a way to make it a bit less responsive to a strong gust of wind that would help.

Apple has already fixed my biggest issues with the Apple TV remote, but the problem is it is stuck on my phone. We are long overdue for an Apple TV update and the masses can only hope for a redesign of the remote. Will Apple completely change course and do a traditional type remote? Don’t count on it. Could they make a few small tweaks and make a huge improvement? Definitely.

With Apple’s focus on it’s subscription services like Apple TV+ and Apple Arcade, it sure seems like they’re overdue for an update to the Apple TV. It also seems like it would be a shame to update the hardware without making some tweaks to the remote. I don’t hate the remote as much as some people, but it sure drives me crazy sometimes…